Autoimmune disease – why one often follows another

While the exact reason people with one autoimmune disease often develop another is still unknown, here are several possible triggers. 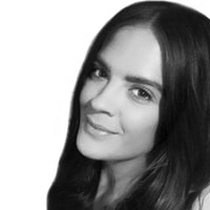 Autoimmune diseases are becoming increasingly common, with the number of new cases of some conditions rising by as much as 9% each year (1). Approximately 4 million people in the UK are living with an autoimmune disease including: more than 100,000 people living with MS, 400,000 people with type 1 diabetes, more than 400,000 with rheumatoid arthritis and over 2 million people with hypothyroidism (2), (3).

A number of factors have been thought to contribute to the development of multiple autoimmune diseases. These include environmental triggers, such as a viral illness or prolonged exposure to certain toxic chemicals, as well as genetic factors.

What is an autoimmune disease?

Autoimmune diseases develop from a dysfunction of the immune system, where it mistakenly attacks your body.

Normally, the immune system is constantly on the lookout for foreign bodies and will send out an army of fighter cells to attack them.

However, in an individual with an autoimmune disease, the immune system mistakes parts of your body, like your joints or skin, as foreign. In this instance, it releases proteins called autoantibodies that attack healthy cells.

Several autoimmune diseases only attack one part of your body such as type 1 diabetes which damages the pancreas. Other diseases, like systemic lupus erythematosus (SLE), affect the whole body.

There are more than 80 autoimmune diseases. Here are 7 of the most common.

The symptoms for autoimmune diseases vary depending on the type of autoimmune condition. However, some the most common symptoms are;

Symptoms for autoimmune diseases such as psoriasis or rheumatoid arthritis often worsen during a flare-up and reduce during remission.

The exact cause of autoimmune diseases remains a mystery, although there are many studies that indicate several theories about what causes the immune system to malfunction.

One thought is that autoimmune diseases such as MS and lupus run in families and are passed on through genetics. Not every family will have the same condition, but they are more at risk of inheriting an autoimmune disease.

According to one study, women get autoimmune diseases at a rate of about 2 to 1 compared to men – 6.4 percent of women vs. 2.7 percent of men (7). It is common for the disease to start during a woman’s childbearing years (ages 15 to 44).

Another suspected risk factor for developing an autoimmune disease is the “Western diet”. Consuming a diet which consists of high fat, high sugar and highly processed food has been linked to an increase of inflammation within the body. While it has not been proven yet, inflammation is thought to play a role in the development of several autoimmune diseases.

What is multiple autoimmune syndrome (MAS)?

When a person develops additional autoimmune diseases, one of them is usually a dermatological (skin) condition, often being vitiligo or alopecia areata.

The fundamental mechanism of multiple autoimmune syndrome is not fully understood and requires further research. Nevertheless, many researchers suspect that genetic, infectious and psychological factors are involved.

Several of the gene signals identified were on pathways linked to cells and signalling that play a significant role in the immune system – and autoimmune processes, specifically (8).

The Thyroid Function Blood Test checks your thyroid stimulating hormone (TSH), free T3 (FT3) and free T4 (FT4) to see if you have the right level of thyroid hormones for a healthy metabolism...

Check your ANA antibody levels which are often raised in conditions like lupus, rheumatoid arthritis, and Sjögren's syndrome...