With only a few days left in Veganuary, Dr Fernando discusses the top 10 health benefits of following a vegan diet. 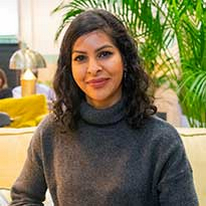 Traditionally going vegan was all about animal welfare, and more recently people are going vegan to help save our environment. Now there’s also a growing number of people going vegan purely for health reasons. Several studies have proven that plant-based diets host an array of health perks.

Medichecks conducted a study of 21,000 UK residents in 2019 which revealed that vegans have better markers for glucose control, cholesterol & inflammation compared to their non-vegan counterparts.

Of course, bear in mind these benefits are most likely to be seen in those following a well-planned & varied whole food vegan diet, rather a vegan diet of crisps, chips & other fried beige foods!

Considering going vegan yourself? See if you can be convinced by these ten health benefits that have all been backed up with scientific research.

1) It could help you shed off weight

It is believed that a whole food vegan diet can have a natural tendency to keep your daily calorie intake low as a lot of these high fibre foods are very filling whilst being less dense in calories. There are lots of observational studies that have found that vegans have lower body mass indexes. A 6-month randomised control trial (the gold standard for scientific studies) was conducted in South Carolina in 2013 to look at the effect of plant-based diets on weight loss [1]. 50 overweight individuals were randomly assigned to one of five different diets which had no calorific restriction – omnivorous (people who eat both meat & plants), semi-vegetarian, pesco-vegetarian, vegetarian and vegan. After 6 months the vegan group lost the most weight out of these groups. There was more than twice the percentage weight loss in vegans (-7.5%) compared to the omnivorous group (-3.1%).

Cutting out animal products could mean increased reliance on more nutritious plant-based foods. A whole food vegan diet of unprocessed fruit, vegetables, whole grains, beans, nuts & seeds will easily provide your total daily requirements of a lot of nutrients. Such vegan diets can provide more fibre, antioxidants, and good sources of potassium, magnesium, folate, vitamins A, C & E compared to some conventional non-vegan diets [2]. A study conducted by Stanford University in 2008, suggests that a very low-fat vegan diet can be useful in increasing the intake of nutrients and antioxidants phytochemicals that are protective against developing chronic diseases [3]. It must, however, be emphasised that a poorly planned vegan diet can result in various nutrient deficiencies especially vitamin B12, iron, calcium, iodine, and essential fatty acids such as omega 3. It is very important to focus your vegan diet on whole foods that are nutrient-rich and fortified. As vitamin B12 is found mainly in animal products, it is certainly worthwhile considering supplements. Please check out our blog on “Top 10 tips to get through Veganuary” for advice on a well-planned nutritious vegan diet.

Lots of studies have shown that going vegan can help improve your blood sugar control and therefore prevent you from getting diabetes or help treat type 2 diabetics. The risk of type 2 diabetes can be increased when you consume excess calories, and when your body has generally increased levels of inflammation. There are lots of studies that have shown diets high in red and processed meat are associated with a risk in type 2 diabetes as they have high levels of heme iron [4]. Heme iron is considered a pro-oxidant (the opposite of antioxidant) and can, therefore, trigger more inflammation. When there is more inflammation in the body your immune system gets activated resulting in damage of cells of your pancreas & liver that are involved in insulin activity and control of blood sugar levels. Fruit and vegetables are very rich in antioxidant phytochemicals, which can help reduce this state of inflammation. It is also believed that eating a lot of unprocessed wholefood plant-based foods generally keep you fuller for longer, cause fewer rapid surges in your blood sugar levels and are generally less dense in calories. There is a study which looks at the prevalence of diabetes in different types of diets - vegan, lacto-ovo-vegetarian, pesco-vegetarian, semi-vegetarian, and non-vegetarians [5]. They found that the prevalence of diabetes increased incrementally across these groups, from vegans having the lowest (2.9%), followed by lacto-ovo-vegetarians (3.2%), pesco-vegetarians (4.8%), semi-vegetarians (6.1%), and non-vegetarians (7.6%). In another notable study, type 2 diabetic people were randomly assigned to a low-fat vegan diet or a non-vegan diet following the standard American Diabetes Association (ADA) guidelines [6]. In the vegan group, significantly more people reduced their diabetes medications (43%) compared to the non-vegan ADA group (26%). The glucose control markers (HbA1c) also decreased significantly in the vegan group participants compared to the ADA group. Our Medichecks analysis customer data supports these studies as it shows that vegans’ glucose control markers are lower compared to non-vegans.

A 2019 study of more than 12,000 people showed those who ate mostly plant-based foods were 32% less likely to die from heart disease, which is UK’s number 1 leading cause of death [7]. High levels of bad cholesterol can increase your risk of heart disease and stroke. An extensive review of multiple Randomized Control Trial studies shows very strong evidence for vegetarian diets lowering cholesterol levels compared to non-vegetarian diets [8]. According to our analysis of Medichecks customers, vegans have significantly lower “bad” non-HDL cholesterol and higher levels of “good” protective HDL cholesterol levels compared to non-vegans. Inflammation markers for risk of heart disease & strokes (CRP-hs levels) are also slightly lower in our vegan population.

5) It could reduce your risk of getting some cancers

According to some observational studies, vegan diets are associated with reduced colon, breast, gastric and prostate cancers [9]. A healthy whole food plant-based diet is believed to be rich in antioxidants phytochemicals & lower in inflammatory pro-oxidants. It, therefore, helps to lower the body inflammation that would increase your chances of getting cancer.

6) It may make you live longer

As veganism appears to decrease the risk of some of the leading causes of death such as heart disease and obesity, could it also lead to people living longer? A 2016 study from Oxford claims that the mass-adoption of a vegan diet could cut around 8.1 million deaths a year [10].

7) It could help your mood and reduce your stress levels

Yes, there is such a thing as good food, and there are plenty of studies validating that plant foods serve this purpose well. A study was conducted in an insurance company corporate setting which revealed that a plant-based dietary intervention can help improve anxiety, mood, and work productivity [11]. The fatty acid, arachidonic acid has been associated with increased depression rates. Plant-based diets have lower levels of this compared to non-vegan diets containing chicken & eggs [12].

8) It could help reduce your migraines

If you are a migraine sufferer, you know how these headaches can be incredibly debilitating and disruptive to daily life. You may have identified specific triggers, such as cheese or chocolate that you avoid to reduce your migraines. Wouldn’t it be great if you could instead stick to a way of eating to help reduce your migraines? A study conducted in Washington DC in 2014 shows that a low-fat plant-based vegan diet could significantly help reduce headache pain intensity and frequency [13]. The researchers of this study postulated this could be because the vegan diet excludes several common migraine trigger foods. As it is also believed that animal products have inflammatory properties, eliminating this would have the desired anti-inflammatory effects to prevent migraines. Some researchers have proposed plant-based diets can help regulate the female hormone changes that trigger migraines. Further studies are still however needed to confirm the effectiveness of the vegan diet compared to other suggested therapeutic diets out there.

9) It may help prevent you from getting arthritis

Findings from studies suggest that red meat can increase your risk of developing inflammatory types of arthritis and a wholefood plant-based diet high in phytochemical antioxidants can help counteract this inflammation [14]. A plant-based way of eating may, therefore, be beneficial in preventing inflammatory arthritis conditions such as rheumatoid arthritis. Versus Arthritis, UK’s largest arthritis research charity states, “cutting out meat can have benefits for people with arthritis” and is also supportive of diets high in fruit & vegetables due to their antioxidant properties.

10) It may help prevent you from getting dementia

Plant-based diets have been recommended in some Alzheimer’s prevention guidelines because they are believed to increase intake of plant antioxidants and reduce intake of harmful saturated fats, mostly found in animal foods [15]. The Women’s Health Study, conducted by Harvard University found that higher saturated fat intake, sourced mainly from dairy, meat and processed foods was associated with a worse decline in cognition and memory [16]. Women with the highest saturated fat content were found to have a 60-70% greater chance of cognitive deterioration over time. A renowned 2012 Harvard Nurse’s Health Study found that women consuming at least one serving of blueberries & two servings of strawberries each week had slower rates of cognitive deterioration by as much as 2.5 years compared to those who did not eat any berries [17]. Researchers believe the active ingredient of these berries, amongst other fruit & vegetables may be antioxidants called polyphenols that act directly on the brain. Polyphenols have been shown to protect nerve cells by stopping the formation of the plaques that are found in brains of those suffering from Alzheimer’s [18].

If you have jumped on the vegan bandwagon this January or you are thinking of incorporating more plant-based meals into your diet, check out our veganism and plant-based diet guide for all you need to know.

An ideal profile to check how your diet and lifestyle are affecting your health...

Measure your active vitamin B12 (holotranscobalamin), which is essential for healthy nerves, blood cells, and DNA...