Should women be worried about exogenous oestrogens? 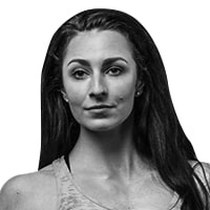 Oestrogen is present in both males and females but is a predominantly ‘female’ hormone. It is found in higher levels in women up to around 50 years old where it initially fluctuates, causing the symptoms of menopause, and then drops off entirely. Oestrogen is mainly produced by the ovaries, however, there are environmental sources of oestrogen (known as exogenous oestrogens) that can also influence levels within the body. The presence of exogenous oestrogen is one of the potential reasons we are seeing an increase in hormone disruption in both males and females. They mimic oestrogen within the body causing imbalances and there has been a rising concern surrounding day to day exposure with particular attention being drawn to sources within our food, plastics and other household products.

But is it something we really need to be worried about, or is it just another media hype? Sources of dietary oestrogen have received a remarkable amount of media and research attention. These are mainly found in soy products such as tofu and milk and meat alternatives. The media headlines are often bold and raise more questions than answers, but this comes as no surprise given that oestrogen plays a major role in breast cancer and fertility. Soy products, mainly isoflavones, have a number of possible health benefits that have been reflected in Asian populations for many years. These include a reduced risk of heart disease (1) and breast cancer (2), as well as reducing the symptoms associated with menopause (3).

Up to 75% of Western women experience hot flushes compared to only 20% of Japanese and Chinese women (1) and one study showed that consuming two to three servings of soya products every day lowered hot flush severity in menopausal women (4). The consumption of soy products has also been shown to attenuate the negative effects that low oestrogen levels associated with menopause have on bone in the form of osteoporosis and decreased bone density (5).

Although the research on soy is developing, there is certainly no evidence to suggest that it should be eliminated from our diet. A recent fact sheet produced by the British Dietetics Association (2017) concluded that: “research on soya foods is ongoing, but it is clear that soya is nutritious, safe and healthy. Potential health benefits include lowering cholesterol and reducing the severity of hot flushes.”

Additionally, as soy products are low in saturated fat, high in protein and can replace animal products, their inclusion has the potential to improve our health and help us move towards a more environmentally friendly and sustainable plant-based diet.

Plastic related health concerns have received a large amount of media coverage and research attention in the last decade, but exactly how plastics affect our health is still largely up for debate. Although there are many unsolved questions, National agencies have issued a range of hesitant warnings and recommendations limiting the use of plastics.

Plastics such as BPA have been shown to release chemicals, that act in a similar way to oestrogen. The release of chemicals from the plastic is accelerated if the product is exposed to heat such as from microwaves and dishwashers (6). Although many plastic products are now marked as BPA-free, a study that collected and examined over 450 such products found that even the ones marked BPA-free, released chemicals with an oestrogenic effect (6, 7).

More research is needed to draw conclusive guidelines on the use of plastics. However, some simple things you can do straight away include limiting your use of plastic food containers, plastic bottles and the use of extreme heat on plastic products. These steps will not only reduce your waste and look after the environment. but it may also positively impact your health.

Drinking Alcohol Can Mess with Your Hormones.

We all understand that excessive alcohol consumption isn’t good for our health, but how much is too much?

UK guidelines state that it is safest for adults not to regularly drink more than 14 units a week (CMO, 2016), which equates to 6 pints of beer, 6 glasses of wine or 14 shots of spirit. If you do regularly drink over 14 units of alcohol in a week, it is suggested to spread your drinking over three or more days. However, the risk of developing a range of life-threatening diseases increases the more you drink on a regular basis (CMO, 2016).

Drinking alcohol is the root of 4,400 cases of breast cancer and the risk increases whether you drink it in one go or a bit at a time (Cancer Research UK, 2016). It is also 1.5 times greater for women who drink two to five drinks per day (8). This along with the proven exogenous oestrogenic effects of alcohol makes alcohol consumption a concern for women (9), especially those who are experiencing menopausal symptoms. A fine line separates “moderate” from “excessive” drinking, and when it comes to drinking during menopause, the amount really does matter. It is important to remember that every woman is different, so finding what works for you is key, but be aware that it may worsen symptoms or harm your health.

How can I avoid exogenous oestrogens?

Although the evidence is somewhat inconclusive, reducing your use of plastics and controlling your alcohol intake are all great places to start to improve your health and reducing your exposure to exogenous oestrogens.

Measure your levels of female and thyroid hormones, which regulate fertility, mood, and energy...

Gain a deep insight into how your diet and lifestyle affect your health with our advanced profile, which includes magnesium and cortisol...