Are you iron deficient?

One in five women under 50 are iron deficient. But what should your iron levels be throughout your life? 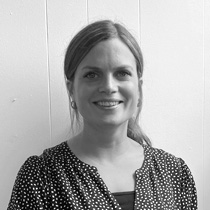 It’s a little-known fact that our iron levels are likely to change throughout our lifetime – from periods to pregnancy, menopause and beyond. But why is that?

Iron deficiency is the most common cause of anaemia worldwide [1], which happens when iron intake or absorption rates fall short of meeting the iron demands of the body.

In this blog, we’ll go through our recent findings as well as:

How many women are iron deficient?

We analysed over 20,000 of our female customers’ ferritin results across the UK. The difference between the ages showed that over one in five women aged between 18 and 50 are iron deficient.

*Data collected from Medichecks’ customers between 20/06/2021 and 21/06/2022. Customers were labelled as having an iron deficiency if they had at least one ferritin result that was less than 30 nmol/L according to NICE criteria.

According to our data, women aged 18-30 are the most likely to be iron deficient, with 31-40-year-olds a close second, and 41-50-year-olds coming in third. Once women reach their 50s, their chance of being iron deficient significantly drops.

Of course, it’s important (as always) for a doctor to view your results alongside your lifestyle information and other markers. Low ferritin could also signal anaemia, hypothyroidism, vitamin C deficiency, coeliac disease, and many other conditions.

Now, let’s look at how to improve iron deficiency among women – and why is it less likely in later life.

Why is iron important?

Your body uses iron to produce haemoglobin, which is the pigment that makes your blood red. The iron in haemoglobin combines with oxygen and transports it through the blood to your tissues and organs.

Low levels of iron can lead to anaemia — this is when the body doesn’t have enough haemoglobin or healthy red blood cells to carry oxygen effectively. Both iron deficiency and iron deficiency anaemia can lead you to feel exhausted, breathless, or dizzy.

You get most of your iron from the breakdown and turnover of red blood cells (95%). The rest comes from your diet (5%). So, losing blood, a low-iron diet, or problems absorbing iron can lead to a deficiency.

Women also have other factors which put them at greater risk of iron deficiency compared to men — menstruation and pregnancy.

Is my diet making me iron deficient?

Diet can be a factor in iron deficiency, but it isn’t likely to be the sole cause. That said, there have been emerging instances (in the States for example) where the rise of iron deficiency anaemia has been linked to higher crop yields per acre reducing the amount of iron in foods [5].

Vegetarian and vegan diets may also be a contributing factor. In our 2021 Veganalysis, we found that, on average, iron levels were 31.4% lower in vegans than in people who follow an omnivorous diet. However, it’s well worth noting that the mean ferritin level in vegans was still within the normal range.

Another less well-known cause may not be what you’re eating, but what you’re drinking. Caffeine is known to prevent iron absorption, and coffee consumption has significantly increased in recent years (with the latest figures finding British coffee consumption soars to 95 million cups a day!) [6]. Again, this isn’t likely to be the main cause of iron deficiency, but it’d be wise to take stock of your caffeine intake if you do have iron deficiency, or at least don’t drink it with your iron-rich meal

How do periods affect iron deficiency?

Everyone’s period is different. But if you have heavy periods or lose more blood than what is considered normal (roughly a few tablespoons), then you may be at a higher risk of iron deficiency.

Your period isn’t something to fear but do keep an eye on the symptoms of iron deficiency and if you’re concerned about a heavy flow then seek medical advice. Remember, there are dangers to raised iron levels too, so always discuss supplementing with your doctor first.

Anaemia is common in pregnancy. That’s because you and your baby will need a lot more iron to make red blood cells while you’re pregnant.

The body tries to meet this increased need by increasing dietary iron absorption and by drawing on iron stores (ferritin). As a result, ferritin levels decrease during pregnancy, slowly at first.

As foetal growth accelerates, more iron is mobilised from ferritin into the bloodstream. Some women don't have adequate stores of iron, which can result in iron deficiency anaemia during pregnancy. For this reason, some women may be recommended to take a supplement if their levels are low [7].

You may be more at risk of iron deficiency during pregnancy if you [8]:

If you are having a single-birth pregnancy, you should have a blood test during your booking appointment and another at around 28 weeks pregnant to check your iron levels. If you are carrying more than one baby, you should be offered an extra blood test between 20-24 weeks.

If you think you’re at risk or are experiencing any of the symptoms of iron deficiency, contact your midwife or healthcare provider.

Iron levels throughout menopause and beyond

As women go through menopause, serum ferritin increases by over two-fold [9]. This is because iron is no longer lost through menstruation, causing it to accumulate.

A rise in ferritin in postmenopausal women is a normal process. However, this increase in iron has been linked to some conditions [9], such as:

How to test for iron deficiency

The first thing you should do if you’re experiencing symptoms of iron deficiency is to get tested. You can visit your GP or quickly get a result with one of our home Iron Blood Tests.

With Medichecks, your results will come with advice and the next steps of what you should do if your levels are abnormal.

Treatment for iron deficiency will depend on the cause of your deficiency, but they may include iron tablets. Do remember that iron overload can be dangerous, so always speak to a medical practitioner before starting supplements.

What should my iron levels be?

NICE defines iron deficiency as a ferritin result that’s under 30 μg/L. However, your iron levels will naturally change throughout your life (due to factors we’ve already spoken about, like periods, pregnancy, and menopause).

What about raised iron levels?

Primary iron overload is often inherited, and secondary causes include:

The potentially harmful effects of raised iron/ferritin include:

One of the possible reasons for this is iron's ability to reversibly cycle between highly reactive ferrous (Fe2+) and relatively stable ferric (Fe3+) oxidation states, resulting in the formation of toxic reactive oxygen species [9].

How to improve iron levels

If your diet is contributing to your iron deficiency anaemia, you can try eating foods that are rich in iron to help improve your iron levels.

Phytic acid can stop your body from absorbing iron from other foods and pills.

If you still want to drink tea or coffee, try to avoid drinking it alongside your meal.

So, how important are iron levels?

Your iron levels will change throughout your lifetime and can also be affected by other factors such as infection or inflammation. In our Iron Blood Test, we include multiple biomarkers so that your results can be interpreted in context to get a whole picture of your health, including ferritin.

Finally, if you are experiencing symptoms of low iron or you’re concerned that you may have raised levels, then you should get tested or seek medical advice.

Check if you have haemochromatosis (also referred to as an iron overload) - an inherited condition that causes the body to absorb too much iron...