Why are hormones important for men's health?

We look at ten hormones in more detail and the role they play in men’s health and wellbeing. 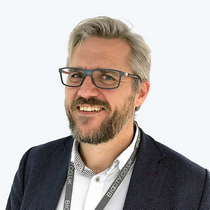 Hormones are chemical messengers produced by the endocrine glands (the part of the endocrine system that produces and releases hormones). They carry information through the bloodstream to our organs and body tissues.

Over 50 hormones circulate in the body, each with its own goal. They’re responsible for the balance and control of the body’s major systems including:

What are male hormones?

Hormones are commonly labelled as either male or female hormones, when really both men and women make both types of hormones. Each sex, however, produces more of certain hormones that distinguish the sexual characteristics of men and women.

For men, the production of higher male hormones (also known as androgens) is responsible for the development of male characteristics such as a deeper voice and facial hair. The most significant and well-known of the male hormones is testosterone.

It’s not just male hormones that are important. Many other hormones influence men’s overall health and wellbeing.

In this chapter, we’ll look at some of these in greater detail:

Produced in the testicles, testosterone is one of the major sex hormones in men.

Testosterone is responsible for:

Having low testosterone levels can impact both physical and mental health.

Symptoms of low testosterone include:

Find out more about testosterone, as well as symptoms and treatment for low testosterone.

Dehydroepiandrosterone (DHEA) is a steroid hormone produced mainly by the adrenal glands (two small glands that sit on top of the kidneys).

DHEA is a precursor hormone, meaning it is converted into other hormones (such as testosterone and oestradiol) which then act upon specific tissues.

The liver and adrenal glands convert DHEA into DHEA-S. DHEA peaks in the morning but is quickly excreted by the kidneys, whereas DHEA-S stays around in the body much longer, which is why most tests measure DHEA-S levels.

In both sexes, raised DHEA-S levels may be due to:

However, low levels of DHEA-S may indicate adrenal dysfunction and could contribute to low libido and fertility problems.

You can find out your levels of DHEA-S with our DHEA Sulphate (DHEAS) Blood Test. Or, if you are looking for a more thorough screen of all your hormones, it’s also included in our Ultimate Performance Blood Test.

Dihydrotestosterone (DHT) is the hormone that contributes to male pattern balding and prostate growth.

DHT plays a critical role in the sexual development of males (such as the development of the penis and scrotum) from the prenatal period through to adolescence and adulthood. It also helps to maintain overall muscle mass and sexual health.

Generally, DHT is measured to monitor patients receiving certain therapies, including chemotherapy or 5 alpha-reductase inhibitors (such as finasteride), or to evaluate patients with 5-alpha-reductase deficiency. It is sometimes useful in the investigation of male pattern baldness.

You can measure your DHT levels with our Dihydrotestosterone Blood Test.

Androstenedione is sometimes described as a pro-hormone — it has minimal effects itself but acts as a precursor before being converted into other stronger-acting hormones. It mainly acts as a steppingstone in the manufacture of testosterone and oestrogen in the body.

Androstenedione can be used as a marker of:

Too much androstenedione in men may lead to an imbalance in oestrogen and testosterone production, which could produce changes such as breast development or shrinkage of the testes.

In male adults, low androstenedione levels can cause similar symptoms as too little testosterone, such as reduced libido and fatigue.

If you would like to check your androstenedione levels, you can take our Androstenedione Blood Test at a London clinic (as samples are not suitable for posting).

Oestrogen is the collective term for a group of hormones primarily responsible for the development of the female reproductive system. However, men also produce small amounts of oestrogen.

Oestradiol is the strongest of the three naturally produced oestrogens. Oestradiol is a steroid hormone made from cholesterol and is produced at low levels in the testes.

Oestradiol in men is essential for:

Oestradiol levels can be raised in men due to excess body fat or linked to an age-related decline in testosterone.

Symptoms of raised oestradiol include:

Follicle-stimulating hormone (FSH) is produced in the pituitary gland. In men, FSH is involved in stimulating the testes to provide the nutrients and other important molecules needed for sperm production.

Most often, raised levels of FSH in men are a sign of a problem with the testes.

Low levels of FSH can be a sign of a problem in the pituitary gland and may cause issues with sperm production and fertility. They can also be a response to high levels of testosterone in the blood due to anabolic steroid use or testosterone replacement therapy (TRT).

Luteinising Hormone (LH) is produced by the pituitary gland and is vital for fertility. In men, LH stimulates the testes to produce testosterone.

High levels of LH may point to decreased sex steroid production from the testes, which can affect fertility.

Low levels of LH can be a sign of problems with the pituitary gland. If levels are not sufficient to support testicular function, this too may cause infertility.

Raised testosterone — which can be caused by anabolic steroid use — prevents the pituitary gland from creating LH, so may also cause a reduction in LH levels.

Sex hormone-binding globulin (SHBG) is a protein made by the liver. It binds tightly to testosterone, oestrogen, and dihydrotestosterone (DHT), making them inactive until they’re ready to be used and act on specific tissues.

SHBG levels are a useful investigation in men who have reduced libido or erectile dysfunction, particularly if their testosterone levels are within the normal range.

SHBG levels may be decreased in men who:

High levels of SHBG mean that more of your sex hormones will bind to SHBG making them unavailable to your cells. This means that even if your total testosterone level is normal, you might still have symptoms of low testosterone. It’s for this reason that labs use SHBG to estimate the levels of free (unbound) testosterone.

SHBG levels may be raised in men who:

You can check your SHBG levels with our Ultimate Performance Blood Test.

Low prolactin levels in men are very rare. However, raised levels in men can interfere with the function of the testicles and cause problems.

Symptoms of raised prolactin can include:

If you are looking to investigate your prolactin levels, they can be measured with our Prolactin Blood Test.

Cortisol is a steroid hormone that regulates many of the vital processes throughout the body. Almost every cell has cortisol receptors, so it can do many things depending on the cell it is affecting.

Cortisol has many essential roles, including regulating:

Persistently raised cortisol — due to stress, adrenal gland tumours, or steroids — is harmful to the body. It inhibits testosterone production and can lead to Cushing’s syndrome.

Symptoms of Cushing’s syndrome include:

Low levels of cortisol can also have an impact on the body. Low levels may be due to conditions like Addison’s disease — where the adrenal glands fail to produce enough cortisol.

Symptoms of Addison’s disease include:

If you are experiencing symptoms of high cortisol levels or would like to investigate your cortisol levels because you’re feeling stressed, you can do so with our Stress Cortisol Saliva Tests (4).

Our Male Hormone Blood Test measures the levels of male hormones and adrenal hormones in your blood which regulate sex drive, mood, muscle mass and energy...

An easy and convenient Testosterone Blood Test kit to measure the total level of testosterone in your blood, a sex hormone essential for sex drive, muscle mass, fertility, and mood...

Measure the amount of testosterone in your blood that is free to bind with your body's tissues... Understand the different types of male hormone blood tests and what they can tell you about your health. What is testosterone and how can you boost your levels?

Understand what testosterone does, how it’s measured, and how you can keep your levels in check.

Low testosterone levels can cause health problems in men for a variety of reasons — but what are the signs your levels may be low?