Are plastics in the environment affecting your health? 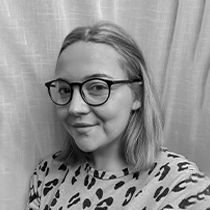 We all know the importance of testosterone in men’s health (sometimes putting too much emphasis on it), but the role of exogenous oestrogens (oestrogens that come from our environment) is far less clear.

So, we look at whether external oestrogens could be affecting men’s health and what you can do about it.

Oestrogen is the collective term for a group of hormones that promote and maintain female characteristics within the body.

Men produce small amounts of oestrogen, which helps to regulate sexual functioning, including fertility and libido [1,2]. However, higher levels of oestrogen can cause adverse effects in men.

High levels of oestrogen in men can also reduce testosterone levels through negative feedback in the brain (the brain thinks that you have too much testosterone and reduces production, which is not the case!).

High and low oestrogen levels in men are relatively rare in healthy males. And, unless you are testing your oestrogen levels because you are taking testosterone supplements or medications, it is unlikely to even be on your radar.

However, in recent years, it has come to light that we are more at risk of exogenous oestrogens entering the body and increasing oestrogen levels [4] due to changes in our food chain and environment.

What are exogenous oestrogens?

Exogenous oestrogens are oestrogens that originate from outside the body.

Apart from prescribed medications, such as female contraception and hormone replacement therapy, there are three main sources:

Among the many negative health effects associated with alcohol excess, its effect on hormones can be profound, decreasing testosterone [5,6,7] and promoting the conversion of testosterone to oestrogen [8].

On top of this, alcohol can contribute to increased body fat via the increased calories associated with the drink itself and the eating behaviours often surrounding alcohol consumption (midnight kebab, anyone?).

With an increased amount of body fat, you may end up developing what’s known as a beer belly – which is actually fat made up of adipose tissue. This beer belly also contributes to the conversion of testosterone to oestrogen to create double whammy negative effects [9].

Beer is possibly one of the worst sources when it comes to the effect of alcoholic beverages on hormones, as the hops used to produce it also contain phytoestrogens.

As stated above, these may not be an issue on their own, but in conjunction with everything else, they may start to add up [10].

Apart from the usual lifestyle advice (drink less alcohol, exercise more and eat a healthier diet), the main thing you can do is to consider the plastics that you are using day to day. This is probably not a bad idea in general as it will be beneficial for the environment as well as for your health and hormone levels.

In recent years, the knowledge of BPA has grown. Most lunchboxes, Tupperware, or plastic bottles you pick up will now state that they are BPA-free.

The research behind BPA is ongoing, but many studies show that it can be harmful to both animals and humans, increasing natural oestrogen levels and causing fertility issues [11,12,13].

Research has also shown that BPA may also influence many physiological markers in your blood [15].

It is probably unrealistic to suddenly stop using all plastic but avoiding exposure where possible is wise. So, it may be time to look at how often you’re using your foil and cling film. Beeswax wraps, anyone?

Consuming less canned food and drink is one way to avoid BPA and avoiding plastic in drink bottles and food containers (especially in ones that you are heating or will be exposed to sunlight for long periods) will likely help.

Medically prescribed drugs can occasionally affect hormone levels, but the benefits of these medications often outweigh the potentially small effects on oestrogen levels.  [16,17].

Some medically prescribed drugs, like testosterone replacement therapy (TRT), can increase oestrogen levels, though this is rare as they are usually in small doses and monitored closely.

Phytoestrogens are a source of oestrogen that is often found in foods.

These oestrogen-like compounds are mainly found in soy products (but also sometimes in foods such as doughnuts and pastries [15]). They have been found in Asian cuisine for many years with no known ill effects – but there are still a lot of unknowns surrounding their consumption [18].

A recent fact sheet by the British Dietetics Association sheds some light on this and supports their safety, concluding that: “Studies consistently show that eating soya foods does not raise oestrogen levels, upset hormonal balance or reduce testosterone concentrations in men. The few cases where negative effects have been shown were associated with large doses of soy food in those following unbalanced diets.”

In short, there is likely nothing to worry about with moderate consumption of soy as part of a healthy and balanced diet [19]. That said, these compounds are undeniably oestrogenic and do show to have effects within both human and animal models. So, if you are concerned, avoiding them altogether shouldn’t cause a problem either.

How can blood testing help?

If you are concerned about your oestrogen or testosterone levels, then a simple blood test can put your mind at ease.

Our Male Hormone Blood Test includes both oestrogen and testosterone, along with other important male hormones.

However, if you are experiencing any symptoms, you should seek advice from your GP for a thorough consultation.

Looking for more? Find out whether women should be worried about exogenous oestrogens.

Our Male Hormone Blood Test measures the levels of male hormones and adrenal hormones in your blood which regulate sex drive, mood, muscle mass and energy...

An easy and convenient Testosterone Blood Test kit to measure the total level of testosterone in your blood, a sex hormone essential for sex drive, muscle mass, fertility, and mood...