Everything you need to know about the ketogenic diet

Dr Peter Prinsloo is a chemical pathologist and doctor who is head of clinical governance at Medichecks. 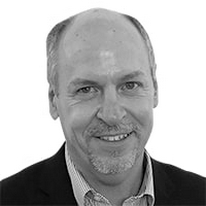 The ketogenic diet has been in use since the 1920s when it was first introduced to help controlseizuresin those with epilepsy.Sir William Osler promoted a low carbohydrate diet as far back as the late 1900’s. In more recent years many doctors, nutritionists and health experts have been promoting the ketogenic diet for the associated health benefits, weight loss, improving performance in endurance sports, and for improving the health of patients with type 2 diabetes mellitus, Parkinson’s disease and possible benefits in reducing cardiovascular risk.

What is the ketogenic diet?

The classic ketogenic diet is composed primarily of fat (80-90%), with the remainder filled in with protein (8-15%) and a very low carbohydrate intake (2-5%). There are numerous variations of the ketogenic diet, as some diets contain 60-75% of fat with slightly higher protein content between 15-20%. There are also some ketogenic diets where much of the fat content in the diet is replaced by protein such i.e. the Atkins diet (1) or modified versions of the Atkins diet. The most notable factor of any ketogenic diet is the consistently very low carbohydrate content of these diets (aimed to be less than 5%). Therefore the ketogenic diet would mean a significant change in dietary intake when changing from a healthy “normal diet” (2,3).

What is the aim of the ketogenic diet?

What are the proposed benefits of a ketogenic diet?

The ketogenic diet appears to have many beneficial effects and this includes suppression of appetite, weight loss, improving the cholesterol profile (not all persons), improving type 2 diabetescontrol, reducing insulin secretion and acting to reduce blood pressure (4, 5).

With obesity and type 2 diabetesreaching epidemic proportions worldwide there has been a quest for the perfect diet to help achieve a sustainable weight loss with the added benefit of improving glucose control. Obesity is the fifth leading risk factor for premature mortality. Obesity and type 2 diabetes is associated with insulin resistance leading to increase liver glucose production and of all food groups, the carbohydrates produce the greatest increase in insulin secretion. Prior to the discovery of insulin, carbohydrate restriction formed part of the management plan of patients with diabetes and it seems the logical conclusion to restrict carbohydrates in patients with type 2 diabetes mellitus. Several studies have confirmed that being on a ketogenic diet leads to weight loss and also other health benefits such as reducing insulin resistance and improvement of diabetes control as measured by improved HbA1c levels. Many of these studies did not include a large number of subjects and mostly the studies conducted were over shorter periods of time i.e. a year or shorter but, nevertheless, the studies have shown a beneficial effect on weight and blood glucose control (4, 6, 7).

The effect of a ketogenic diet on the lipid profile remains controversial as there have been opposing views and evidence on whether the ketogenic diet has a cholesterol-lowering benefit or improve the overall lipid profile. Saslow et al (7) showed after 6 months of a ketogenic diet that the LDL cholesterol had increased and this increase was sustained at 12 months. Triglyceride and HDL cholesterol concentrations both showed an improvement at 6 and 12-month follow-up. However more recently studies seem to demonstrate that the reduction in carbohydrate levels that lead to ketone body formation may also lead to a sustained improvement in the lipid profile with lower triglycerides and increased HDL concentrations and although there is no significant improvement in LDL cholesterol levels (8,9,10) there may be improvement in the LDL particle size with larger LDL particles which are less harmful (as measured by a reduction in Apolipoprotein-B levels (11).

There are some people who developsignificantly raised LDL and triglyceride concentrations due to the ketogenic diet. These people may be “hyper-responders” and they release excessive fat from the body in addition to the higher fat intake. This leads to very high triglyceride and cholesterol levels and in these cases, the advice would be to stop the diet and return to a healthy balanced diet. There are several possible underlying reasons for this including having undiagnosed type 1 diabetes mellitus or very low insulin levels similar to those seen in type 1 diabetes mellitus or there may be an underlying genetic predisposition for triglyceride production from a ketogenic diet. The increased triglycerides are then “packaged” by cholesterol in the form of VLDL particles that are produced by the liver.

There have been numerous studies over many years that have confirmed the benefit of a ketogenic diet for the management of certain types of epilepsy. However, there is a lack of long term outcome studies to provide evidence for possible other benefits of this diet but there are further and ongoing studies to see whether following a ketogenic diet may also have benefit for prevention and treatment of certain neurological disorders such as Parkinson’s and Alzheimer’s disease, brain trauma, sleep disorders and multiple sclerosis (12).

Cancer cells require very high levels of carbohydrates at a cellular level to grow and hence it has been postulated that a low carbohydrate-containing diet may be beneficial in the management of some cancers. At present, the evidence for this is very scant and numerous further studies would be required to prove any benefit (13,14). Polycystic ovary syndrome is an endocrine disorder that is associated with obesity, insulin resistance and hyperinsulinemia and other associated hormonal and menstrual and ovulatory irregularities, subfertility, acne and hirsutism. In patients with PCOS there are postulated metabolic and hormonal benefits in following a ketogenic diet which may lead to an improvement in hormone levels, a reduction in circulating testosterone and increase in sex hormone-binding globulin (5). The evidence for the benefit of a ketogenic diet in PCOS is still controversial and requires further studies to be done.

Ketogenic diet and the endurance athlete

There have been several good quality studies on the benefits of a ketogenic diet in persons who participate in endurance sport. Creighton et al (16) showed similar cholesterol changes to those seen in obese patients with improved triglyceride and HDL cholesterol levels and an increase in LDL cholesterol but similar improvement in measured LDL particle size. (Large LDL particles are less atherogenic than small particles). Whether these changes are beneficial in protecting against cardiovascular disease remains uncertain.Some studies have shown that high-fat diets may be favourable for aerobic endurance athletes, during the preparatory season as it improves high volume and low to moderate-intensity training. High volume training on a ketogenic diet may lead to increased fat metabolism but the ketogenic diet decrease the ability to perform high-intensity work due to decreased muscle storage of glycogen which acts as a primary energy source (17) and therefore may not necessarily be of benefit in a non-training environment.

None of these studies have been fully conclusive as some studies have shown clear benefit whilst in training with very little benefit over a usual healthy sports diet over the longer term. Further research, is required to challenge this type of diet further and to fully understand its use in the endurance athlete (18).

Is the ketogenic diet safe?

Whilst there are numerous published benefits to following a ketogenic diet there remains controversy amongst the medical profession regarding the long-term safety of following such a diet. It is important to be aware that a long-term and very strict ketogenic diet may lead to nutritional deficiencies and several side effects if not done correctly or under professional supervision, especially in persons with underlying medical conditions. It is generally advisable to seek professional input and to embark on biochemical monitoring prior to and during a ketogenic diet.

Before starting a ketogenic diet a full nutritional, medical and biochemical assessment may be necessary to ensure that there are no underlying medical disorders that may lead to harm if the diet is started such as fatty acid metabolism abnormalities, porphyria, kidney stones or very abnormal cholesterol profiles. Such an assessment should include a detailed medical history and physical examination and specific laboratory tests that include a nutritional review.

Possible adverse effects of the ketogenic diet include brain fog, headaches, nausea and vomiting in the early stages. If care to good hydration is not taken then it may lead to dehydration, lethargy and kidney stones in the longer term. Long term complications that have been associated with a ketogenic diet include acidosis (too much acid production, lipid abnormalities, mineral deficiencies, osteoporosis and very rarely cardiomyopathy.

Blood parameters to look out for prior to starting a ketogenic diet:

If you are interested in or have alreadystarted followinga ketogenic diet, why not check key markers for health with our AdvancedWell Manand AdvancedWell Woman? These comprehensive checks include liver and kidney function, diabetes, cholesterol and more for an in-depth look at yourhealth. Or if you are just interested in seeing if your diet is providing you with the vitamins and minerals you need, try our simpleNutrition Blood Test.

Gain a deep insight into how your diet and lifestyle affect your health with our advanced profile, which includes magnesium and cortisol...